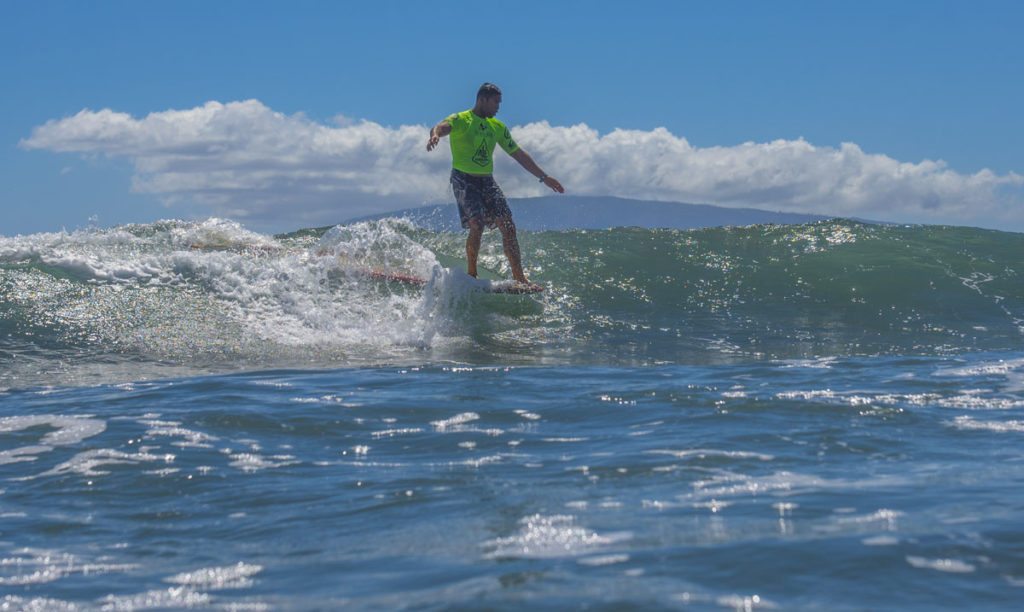 The 24th annual longboard contest had a record 259 entries in 13 divisions. The open men division was the biggest with 40 surfers.

The 29-year-old from Lahaina, who also won the open men in 2006 and 2008, was runner-up the past four out of five years. Ah Hee won a split decision over last year’s champion, Eric Casco. Ah Hee also won the 19-29 age group.

“To finally win it is crazy,” Ah Hee said. “I was worried about Eric’s lefts, he loves going left. I just do what I do.”

Doing what Ah Hee does, at Launiupoko’s Lahaina peak, is going right. His third and final wave started right, then he faded left, stepped to the nose for a cheater five, then a quick hang ten, then a cutback, two more quick steps to the nose, and he was at the opening of the keyhole to the tide pool. That was his highest scoring wave on all three judges sheets.

Casco won the 30-39 age group and the Ole board division. He rode the 10-foot Ole board he won at the Kimo’s longboard contest in May. “I wanted the Ole division. I was focusing hard on that division.”

For the second year in a row, a Honolulu girl won the open women. Ashley Ahina, 26, a lifeguard at White Plains beach, won despite catching only two waves in the 15-minute final. Her graceful nose-riding stood out among the finalists.

“I loved it, it was firing,” Ahina said. “I was stoked that there was surf, this is perfect for longboarding. The girls were amazing out there.”

Kelis Kaleopaa, of Honolulu, finished second in the open women and defeated 17 other girls to win the junior women. She also placed third in the 12-14 junior division, a mixed class of boys and girls. Her open women and junior women final were back-to-back. After her open women heat at the Lahaina peak, she had to paddle to the Kihei peak for her junior final.

“It was stressful trying to get there, never paddled so fast in my life,” Kaleopaa said. “The waves were awesome, it was the best conditions until the wind came up.” 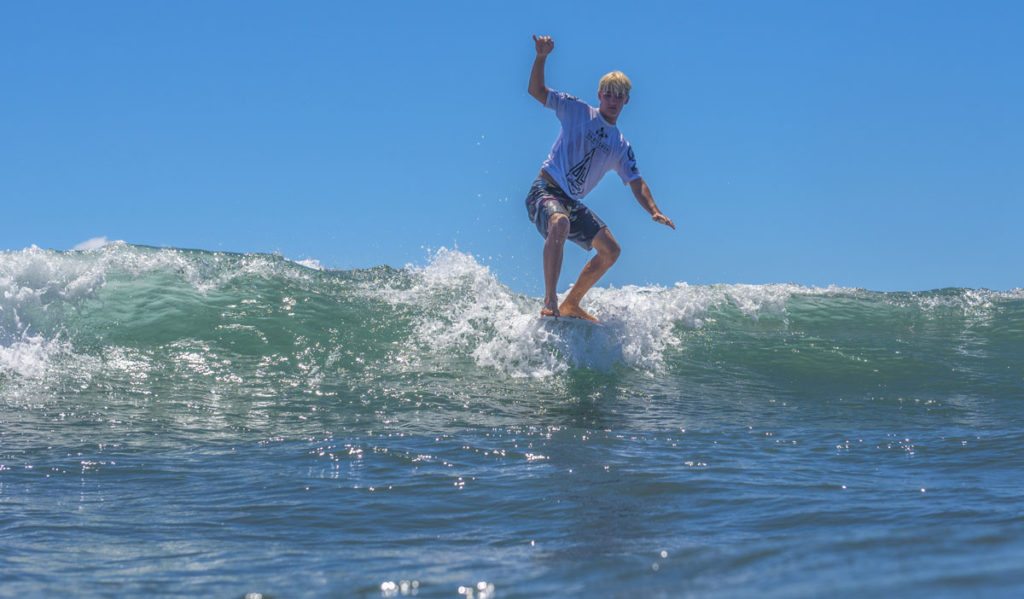 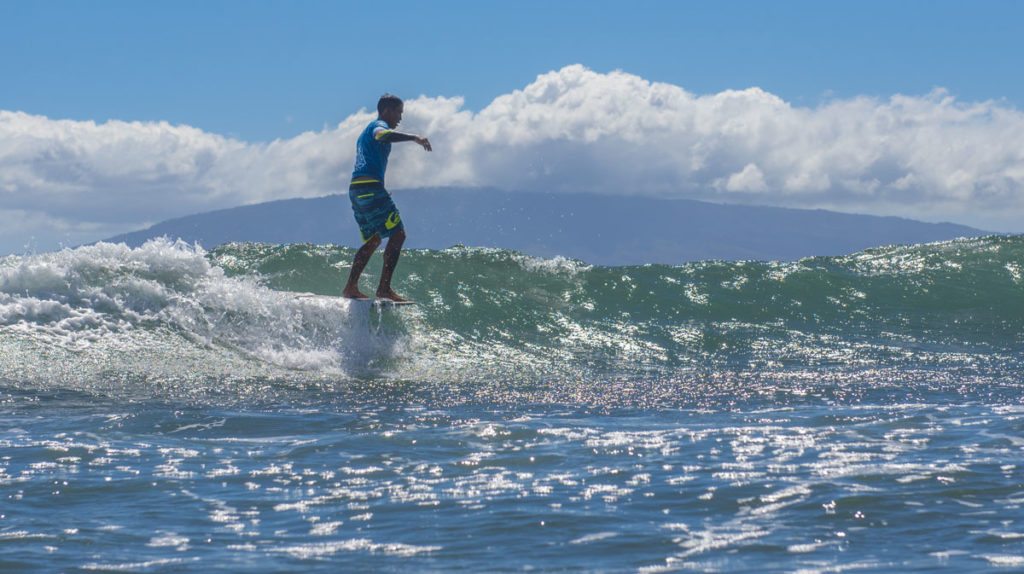 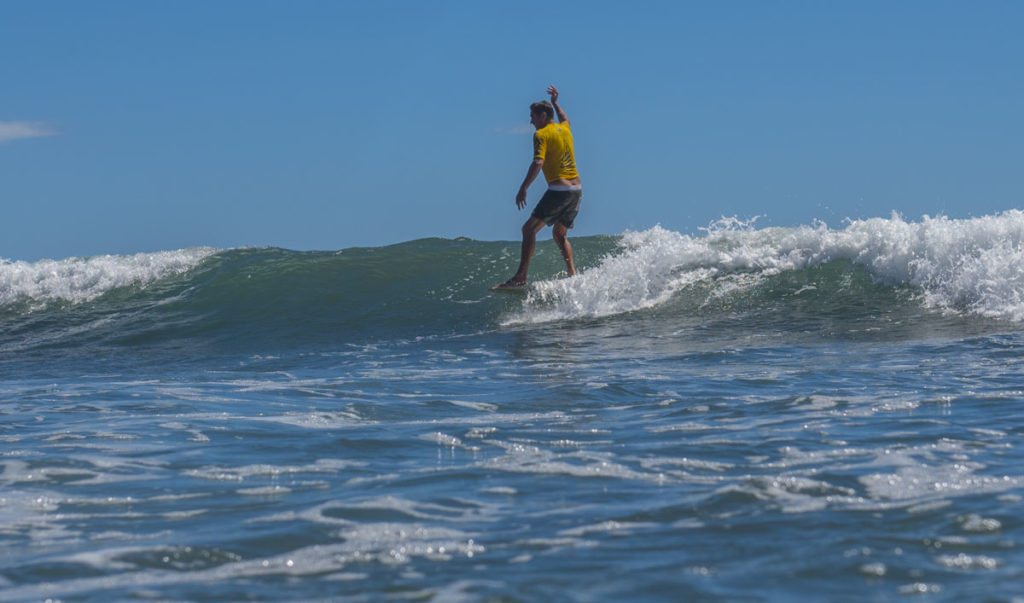 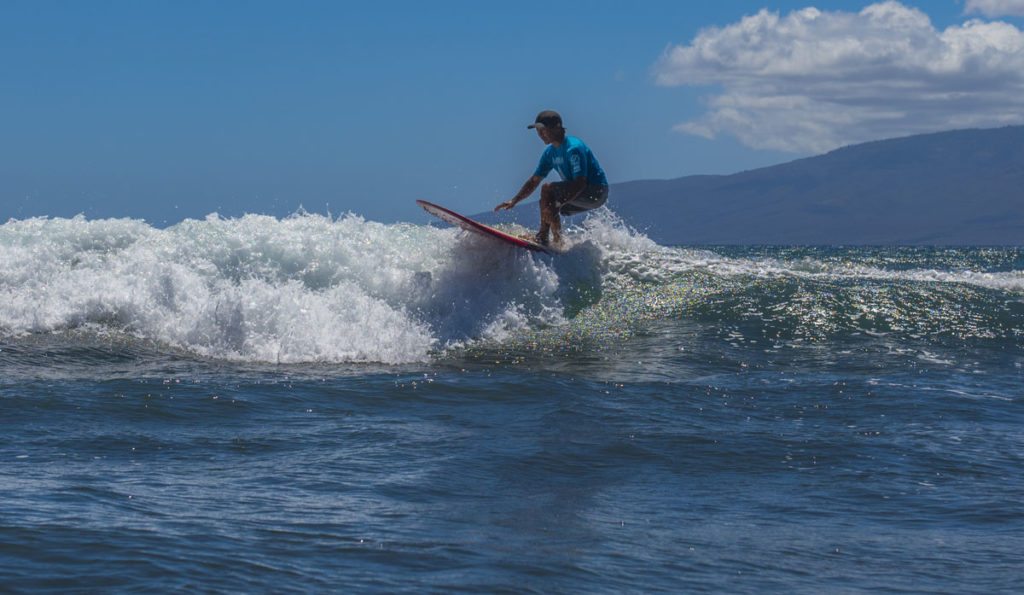 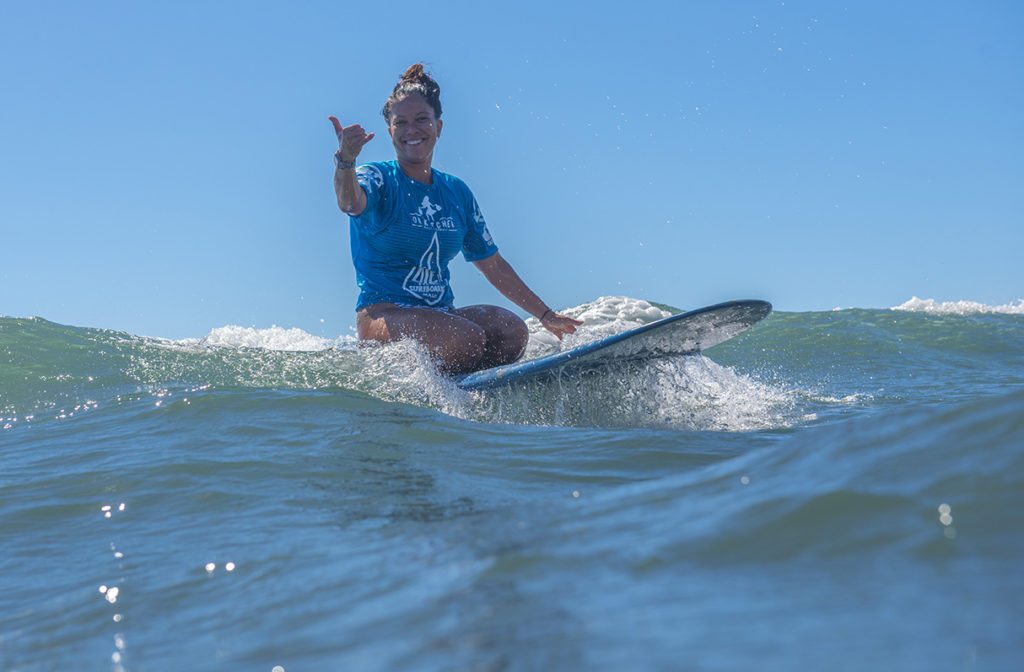 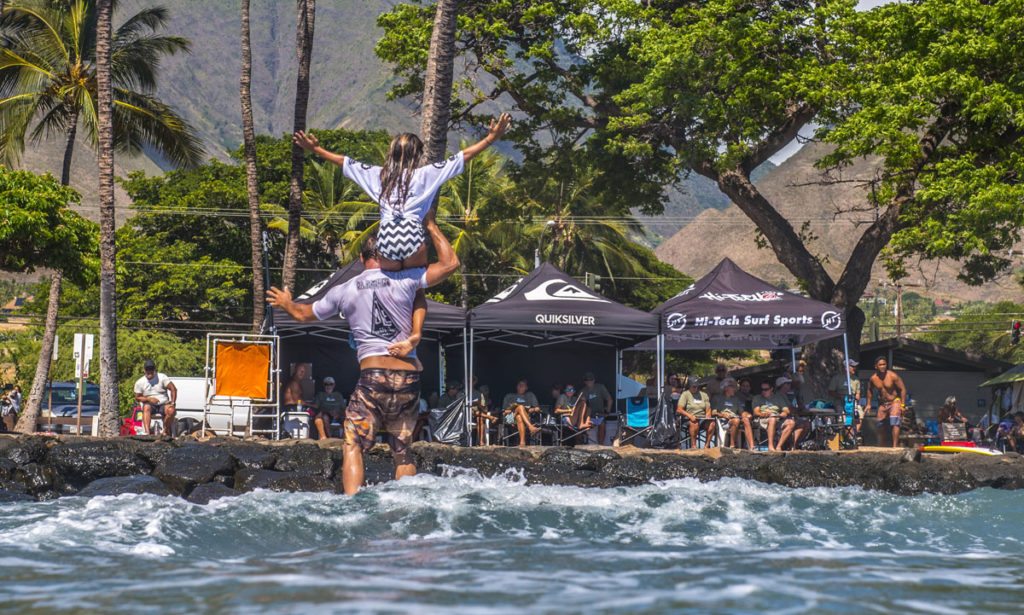